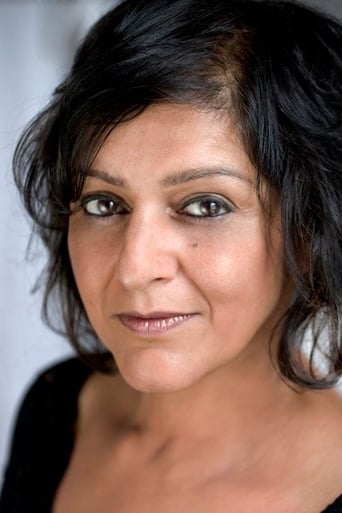 From Wikipedia, the free encyclopedia. Meera Syal MBE (born Feeroza Syal on 27 June 1961) is a British comedienne, writer, playwright, singer, journalist, producer and actress. She rose to prominence as one of the team that created Goodness Gracious Me and became one of the UK's best-known Indian personalities portraying Sanjeev's grandmother, Ummi, in The Kumars at No. 42. She was awarded the MBE in the New Year's Honours List of 1997 and in 2003 was listed in The Observer as one of the fifty funniest acts in British comedy. Description above from the Wikipedia article Meera Syal, licensed under CC-BY-SA, full list of contributors on Wikipedia.