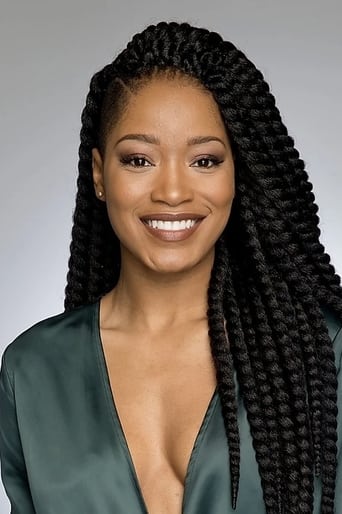 Lauren Keyana "Keke" Palmer (born August 26, 1993) is an American actress, singer, and television personality. Known for playing leading and character roles in comedy-drama productions, she has received a Primetime Emmy Award, five NAACP Image Awards, and nominations for a Daytime Emmy Award and a Screen Actors Guild Award. She was included on Time magazine's list of most influential people in the world in 2019. Description above from the Wikipedia article Keke Palmer, licensed under CC-BY-SA, full list of contributors on Wikipedia.