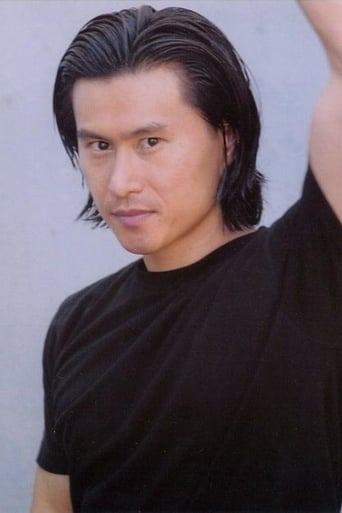 ​From Wikipedia, the free encyclopedia.   Ho Sung Pak (born November 8, 1967) is an American film actor, martial artist, action choreographer, writer, and producer. Pak, a Korean American, was born in Seoul, South Korea. Not only did he play as the main villain of the first Mortal Kombat game, Shang Tsung, but he also played the Mortal Kombat champion Liu Kang for the first game and Mortal Kombat II. He was a stunt coordinator for the movie Teenage Mutant Ninja Turtles II: The Secret of the Ooze as well as a stunt double for Raphael; he later reprised his role of stunt double in the movie Teenage Mutant Ninja Turtles III. In 1995, he and fellow MK actors Daniel Pesina, Katalin Zamiar, and Dr. Phillip Ahn, M.D. all appeared in a fighting game produced exclusively for the Atari Jaguar titled Thea Realm Fighters, but it was never released after Atari ceased production on the failed system later that year. In 2003, he played the leading role in the martial arts movie The Book of Swords. In it he portrayed Lang, an Asian cop who after witnessing the death of his brother during a drugbust gone wrong, leaves town only to come back three years later for revenge. The movie also starred MK actors Daniel Pesina, Katalin Zamiar and Richard Divizio. In a nod to his Mortal Kombat alter ego Liu Kang, Pak is shown wearing a red headband during the final part of the movie, while the other three actors are also seen in similar MK clothing/roles throughout the movie. In 2004 Pak starred in the martial film Lesser of Three Evils, directed by Wayne A. Kennedy, also starring Roger Guenveur Smith, Peter Greene, Rosa Blasi and Sherilyn Fenn. The film was produced by Ho-Sung Pak, Wayne A. Kennedy and Matthew Chausse who created together the film company GenOne. It was released in 2009 under the title Fist of the Warrior. During the 1995-1997 show WMAC Masters, his ki-symbol was "Superstar", which is a translation of his given Korean name. His older brother, Ho Young Pak ("Star Warrior"), as well as fellow Mortal Kombat actors Chris Casamassa ("Red Dragon"), Hakim Alston (Machine) and Richard Branden (Yin Yang Man) also appeared on the show. Description above from the Wikipedia article Ho-Sung Pak, licensed under CC-BY-SA, full list of contributors on Wikipedia.