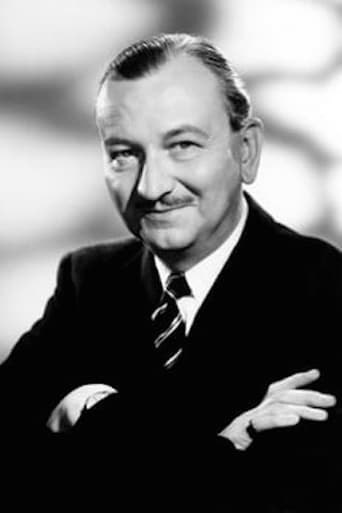 Horace Raymond Huntley (23 April 1904 – 15 June 1990) was an English actor who appeared in dozens of British films from the 1930s to the 1970s. He also appeared in the ITV period drama Upstairs, Downstairs as the pragmatic family solicitor Sir Geoffrey Dillon, and other television shows, such as the Wodehouse Playhouse, ('Romance at Droitwich Spa'), in 1975. Born in Kings Norton, Worcestershire (now a suburb of Birmingham) in 1904, Huntley made his stage debut at the Birmingham Repertory Theatre on 1 April 1922, in A Woman Killed with Kindness. His London debut followed at the Court Theatre on 22 February 1924, in As Far as Thought can Reach. He subsequently inherited the role of Count Dracula from Edmund Blake in Hamilton Deane's touring adaptation of Dracula, which arrived at London's Little Theatre on 14 February 1927, subsequently transferring to the larger Duke of York's Theatre. Later that year he was offered the chance to reprise the role on Broadway (in a script streamlined by John L. Balderston); when he declined, the part was taken by Bela Lugosi instead. Huntley did, however, appear in a US touring production of the Deane/Balderston play, covering the east coast and midwest, from 1928-30. "I have always considered the role of Count Dracula to have been an indiscretion of my youth" he recalled in 1989. After Dracula, he made his Broadway debut at the Vanderbilt Theatre on 23 February 1931, in The Venetian Glass Nephew. On returning to the UK, his many West End appearances included The Farmer's Wife (Queen's Theatre 1932), Cornelius (Duchess Theatre 1935), Bees on the Boat Deck (Lyric Theatre 1936) Time and the Conways (Duchess Theatre 1937), When We Are Married (St Martin's Theatre 1940), Rebecca (Queen's Theatre 1940; Strand Theatre 1942), They Came to a City (Globe Theatre 1943), The Late Edwina Black (Ambassadors Theatre 1948), And This Was Odd (Criterion Theatre 1951), Double Image (Savoy Theatre 1956), Any Other Business (Westminster Theatre 1958), Caught Napping (Piccadilly Theatre 1959), Difference of Opinion (Garrick Theatre 1963), An Ideal Husband (Garrick Theatre 1966), Getting Married (Strand Theatre 1967), Soldiers (New Theatre 1968) and Separate Tables (Apollo Theatre 1977). He also starred opposite Flora Robson in the Broadway production of Black Chiffon (48th Street Theatre 1950). Often cast as a supercilious bureaucrat or other authority figure, Huntley was also a staple figure in British films, his many appearances including The Way Ahead, I See a Dark Stranger, Passport to Pimlico and The Dam Busters. In his later years, he became well-known on television as Sir Geoffrey Dillon, the family solicitor to the Bellamys in LWT's popular 1970s drama series Upstairs, Downstairs. Huntley died in Westminster Hospital, London in 1990. In his obituary, the New York Times wrote, "During his long career the actor played judges, bank managers, churchmen, bureaucrats and other figures of authority. He could play them straight if necessary, but in comedy his natural dryness of delivery was exaggerated to the point where the character he was playing invited mockery as a pompous humbug." Source: Article "Raymond Huntley" from Wikipedia in english, licensed under CC-BY-SA 3.0.