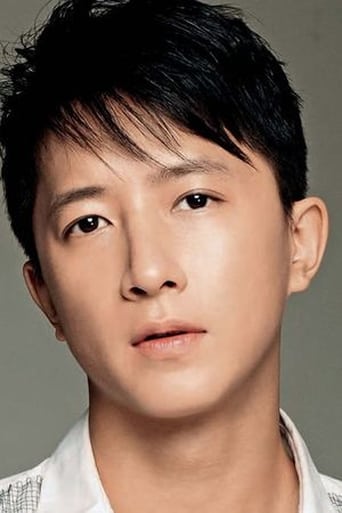 Han Geng is a Chinese Mandopop singer and actor. He started his career in 2001, when he was chosen by S.M. Entertainment to become a member of South Korean boy band Super Junior, which debuted in 2005. He later became the leader of its sub-group Super Junior-M in 2008. On December 21, 2009, Han filed a lawsuit against SME to terminate his contract. He has since returned to China to pursue a solo career. On September 27, 2011, Han's departure from SM Entertainment was made official as both parties came to a mutual agreement. For his various contributions to the spread of Chinese culture, Han was chosen as a torch bearer for the 2008 Beijing Olympics. He later also became an ambassador for the 2010 Shanghai Expo and the 2010 Asian Games. In late 2012, Han started to gain international attention and won the 2012 MTV Europe Music Awards' "Best Worldwide Act" and Nickelodeon's 2013 Kids' Choice Awards' "Favorite Asian Act".