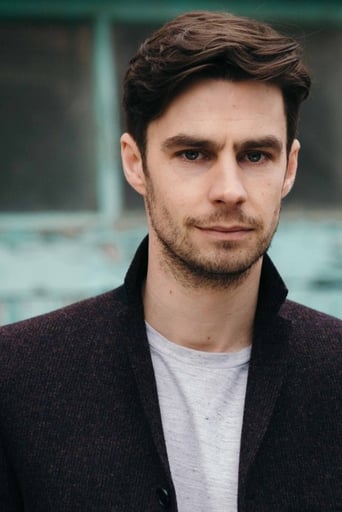 Dyfan Dwyfor is a Welsh actor, originally from Criccieth and now living in London. He attended Ysgol Eifionydd, Porthmadog and Coleg Meirion Dwyfor before going on to Ysgol Glanaethwy. He graduated from the Royal Welsh College of Music & Drama in 2007. Dwyfor is a Welsh speaker, has blue/grey eyes and dark brown hair and is 5 ft 10 in (1.78 m) tall. He began acting in the drama series Rownd a Rownd on S4C. His first appearance in film was in Oed yr Addewid ("Age of Promise"); the drama won three awards at BAFTA Cymru and a Golden FIPA. He won the Richard Burton Award at the National Eisteddfod in 2004, and received a BAFTA Cymru nomination for his role in the film Y Llyfrgell in 2017.