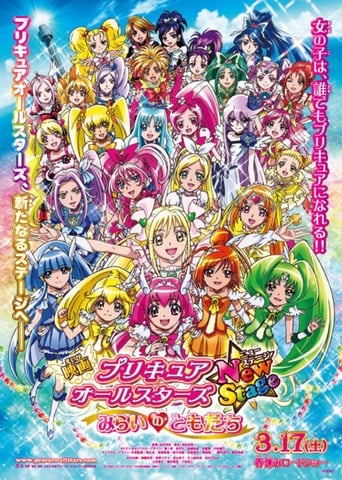 Precure All Stars New Stage: Friends of the Future (2012)

In the city of Minato Mirai in Yokohama, the news of Fusion's defeat by the Pretty Cures is the hottest topic in town! Girls everywhere, were in love with the Pretty Cures, are dressing up and acting as their favourite Cures. Only Sakagami Ayumi, the new transfer student, is alone by herself. On her way home from school, Ayumi encounters a strange creature. After naming it Fuu-chan, Ayumi and the creature soon become good friends. However, Fuu-chan is actually a piece of Fusion, and holds the power of darkness. In an effort to make Ayumi happy, Fuu-chan swallows up everything that Ayumi dislikes, creating chaos in school and throughout the city! To help bring across Ayumi's true feelings to Fuu-chan, all 28 Pretty Cures were gathered once more. When everyone's power comes together, a miraculous light starts to shine. 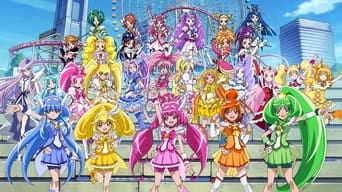