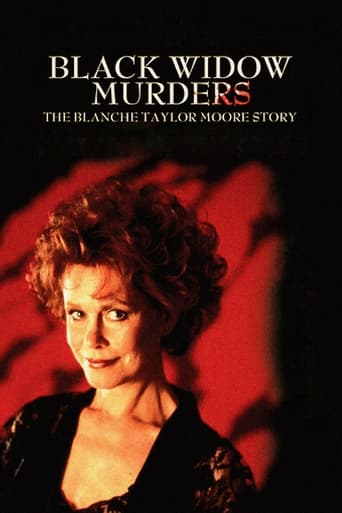 Elizabeth Montgomery plays serial killer, churchgoer, and grandmother Blanch Taylor Moore in this, one of her last films before her untimely passing. Childhood memories of her womanizing and abusive father fill Moore with a hidden rage towards all men. Her former boyfriend, first husband and father all died of arsenic poisoning. Now her fiancé, the town's minister, is stricken the same way. Based on the true crime book Preacher's Girl: The Life and Crimes of Blanche Taylor Moore, the film is buoyed by Montgomery's startling performance, and keeps you on the edge of your seat until its final moments.