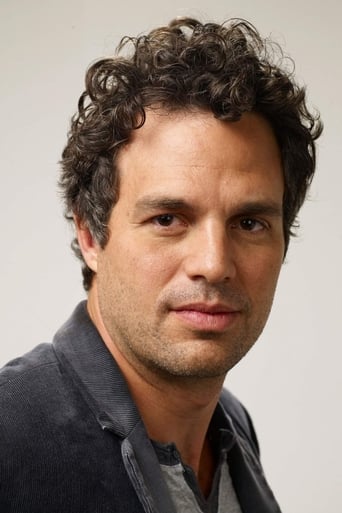 Mark Alan Ruffalo (born November 22, 1967) is an American actor and producer. He began acting in the early 1990s and first gained recognition for his work in Kenneth Lonergan's play This Is Our Youth (1998) and drama film You Can Count on Me (2000). He went on to star in the romantic comedies 13 Going on 30 (2004) and Just like Heaven (2005) and the thrillers In the Cut (2003), Zodiac (2007) and Shutter Island (2010). He received a Tony Award nomination for his supporting role in the Broadway revival of Awake and Sing! in 2006. Ruffalo gained international recognition for playing Bruce Banner / Hulk in superhero films set in the Marvel Cinematic Universe, including The Avengers (2012), Avengers: Infinity War (2018), and Avengers: Endgame (2019). Ruffalo gained nominations for the Academy Award for Best Supporting Actor for playing a sperm-donor in the comedy-drama The Kids Are All Right (2010), Dave Schultz in the biopic Foxcatcher (2014), and Michael Rezendes in the drama Spotlight (2015). He won the Screen Actors Guild Award for Best Actor in a TV Movie for playing a gay writer and activist in the television drama film The Normal Heart (2015), and the Primetime Emmy Award for Outstanding Lead Actor in a Limited Series or Movie for his dual role as identical twins in the miniseries I Know This Much Is True (2020). Ruffalo is one of the few performers to receive all four EGOT nominations.