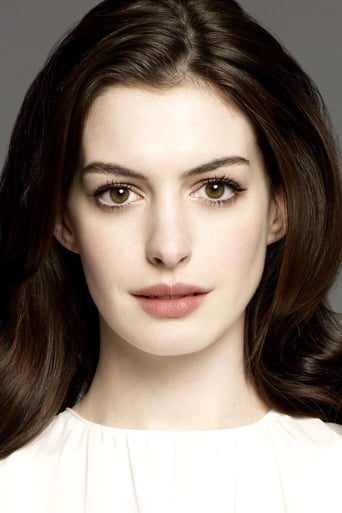 Anne Jacqueline Hathaway (born November 12, 1982) is an American actress. She is the recipient of various accolades, including an Academy Award, a Golden Globe Award, and a Primetime Emmy Award, and was among the world's highest-paid actresses in 2015. Her films have grossed over $6.8 billion worldwide, and she appeared on the Forbes Celebrity 100 list in 2009. Hathaway graduated from Millburn High School in New Jersey, where she performed in several plays. As a teenager, she was cast in the television series Get Real (1999–2000) and made her breakthrough as the protagonist in her debut film, the Disney comedy The Princess Diaries (2001). Hathaway made a transition to adult roles with the 2005 dramas Havoc and Brokeback Mountain. The comedy-drama The Devil Wears Prada (2006), in which she played an assistant to a fashion magazine editor, was her biggest commercial success to that point. She played a recovering addict with a mental illness in the drama Rachel Getting Married (2008), which earned her a nomination for the Academy Award for Best Actress. She went on to star in the commercially successful romances Bride Wars (2009), Valentine's Day (2010) and Love & Other Drugs (2010), and the fantasy film Alice in Wonderland (2010). In 2012, Hathaway starred as Selina Kyle in her highest-grossing film The Dark Knight Rises, the final installment in The Dark Knight trilogy. Also that year, she played Fantine, a prostitute dying of tuberculosis, in the musical romantic drama Les Misérables, for which she won the Academy Award for Best Supporting Actress. She then played a scientist in the science fiction film Interstellar (2014), the owner of an online fashion site in the comedy The Intern (2015), a haughty actress in the heist film Ocean's 8 (2018) and a con artist in the comedy The Hustle (2019). In addition to film roles, Hathaway has won a Primetime Emmy Award for her voice role in the sitcom The Simpsons, sung for soundtracks, appeared on stage, and hosted events. She supports several charitable causes. She is a board member of the Lollipop Theatre Network, an organization that brings films to children in hospitals, and advocates for gender equality as a UN Women goodwill ambassador. Married to actor and businessman Adam Shulman, she has two sons with him.