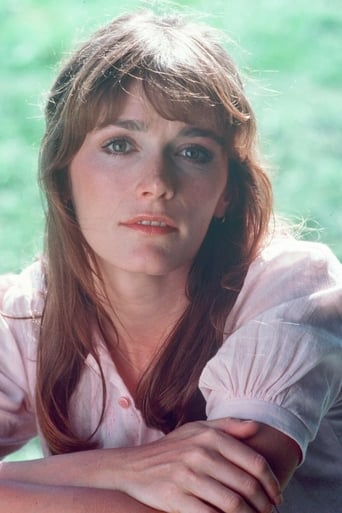 Margaret Ruth "Margot" Kidder (October 17, 1948 – May 13, 2018) was a Canadian-American actress, director, and activist whose career spanned over five decades. Her accolades include three Canadian Screen Awards and one Daytime Emmy Award. Though she appeared in an array of films and television, Kidder is most widely known for her performance as Lois Lane in the Superman film series, appearing in the first four films. Born in Yellowknife to a Canadian mother and an American father, Kidder was raised in the Northwest Territories as well as several other Canadian provinces. She began her acting career in the 1960s appearing in low-budget Canadian films and television series, before landing a lead role in Quackser Fortune Has a Cousin in the Bronx (1970). She then played twins in Brian De Palma's cult thriller Sisters (1973), a sorority student in the slasher film Black Christmas (1974) and the titular character's girlfriend in the drama The Great Waldo Pepper (1975), opposite Robert Redford. In 1977, she was cast as Lois Lane in Richard Donner's Superman (1978), a role which established her as a mainstream actress. Her performance as Kathy Lutz in the blockbuster horror film The Amityville Horror (1979) gained her further mainstream exposure, after which she went on to reprise her role as Lois Lane in Superman II, III, and IV (1980–1987). The 1990s were marked by significant health problems for Kidder: In 1990, she sustained serious injuries in a car accident that left her temporarily paralyzed, and she later had a highly publicized manic episode and nervous breakdown in 1996 stemming from bipolar disorder. By the 2000s, she maintained steady work in independent films and television, with guest-starring roles on Smallville, Brothers & Sisters and The L Word, and appeared in a 2002 Off-Broadway production of The Vagina Monologues. In 2015, she won a Daytime Emmy Award for her performance on the children's television series R.L. Stine's The Haunting Hour. Description above from the Wikipedia article Margot Kidder, licensed under CC-BY-SA, full list of contributors on Wikipedia.